The following is a summary of the kyu grading syllabus we currently (2019) follow. If you’re new to aikido, don’t worry about remembering all the names... by the time you need to care about gradings, they will probably seem very familiar :-)

Remember that our focus is on the practice, not gradings. See also the answer to “How do the grades work? How long until I get a black belt?”

We’re gradually making videos (normally one or two a week) and adding them to this syllabus to help our members see what each technique looks like — keep checking for updates!

* 6th kyu: for items marked with an asterisk, you just need to show the entry movement (and not execute any particular technique).

If you want to look at those in a spreadsheet, download the CSV file.

Attacks and their names

For beginners:
The following are not strict translations, just explanations of the terms you’ll hear during classes. You really don’t need to study the names and memorise them when you start aikido. Trust us, you’ll pick them up as you go along!

These are some of aikido’s formalised attacks. Translations of technique names aren’t so helpful (“four direction throw”, huh?) — it’s much better to learn those while you’re actually seeing them (or doing them), on the mat. 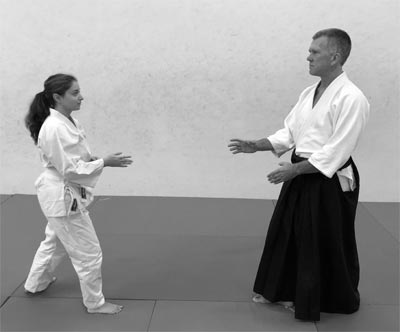 both standing
(this is the common form, so we often leave it out of the name)
hanmi-handachi 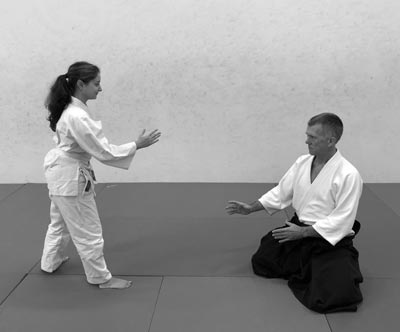 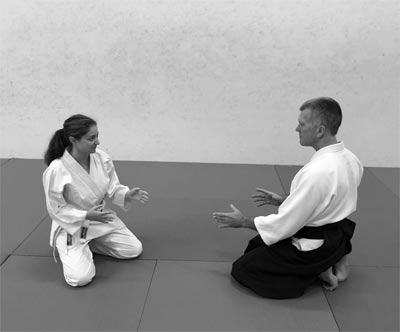 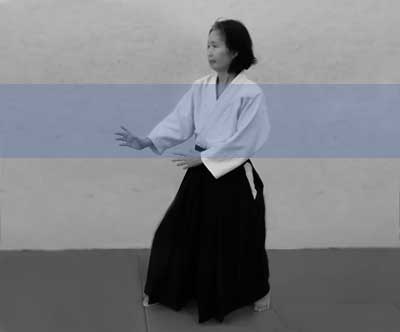 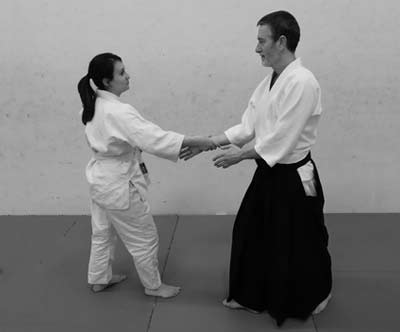 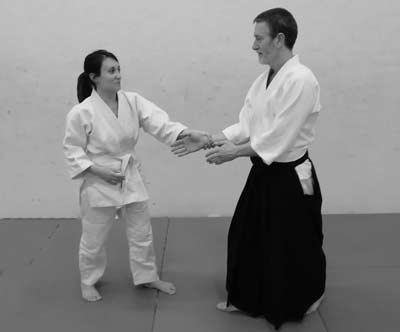 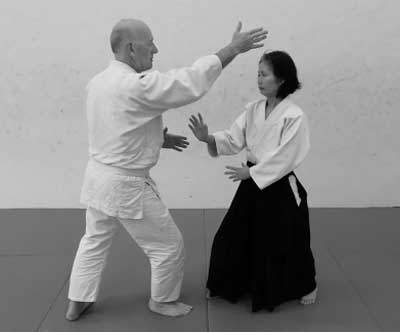 strike to front of the head
yokomen-uchi 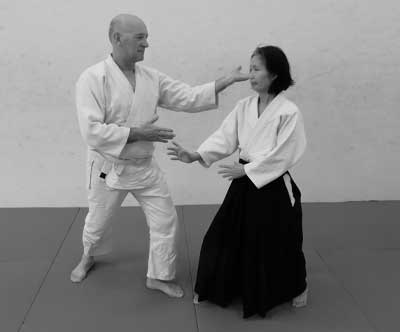 strike to side of the head †
(chudan) tsuki 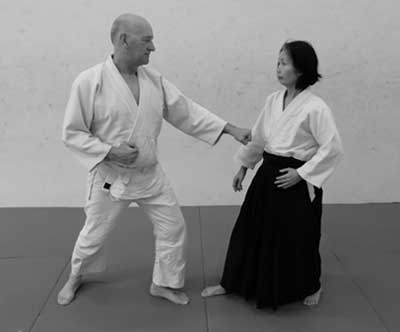 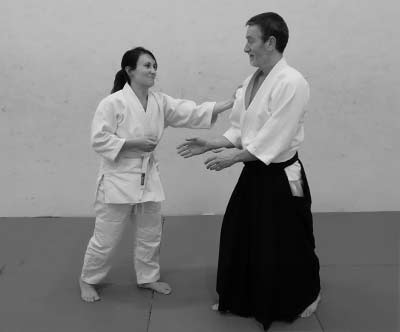 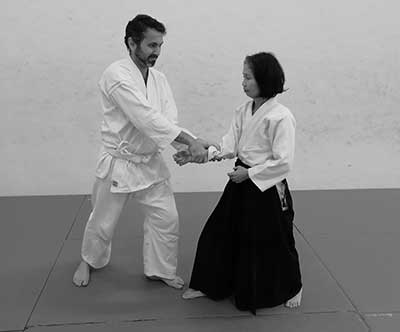 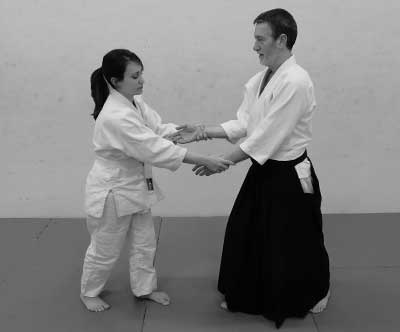 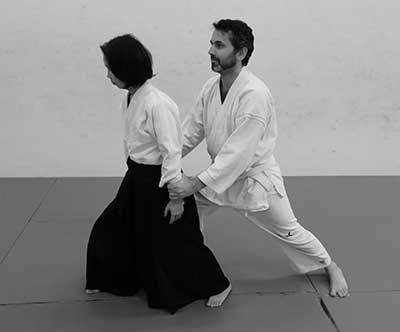 both hands held from behind
ushiro ryokata-dori 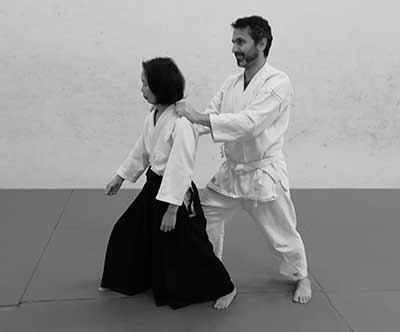 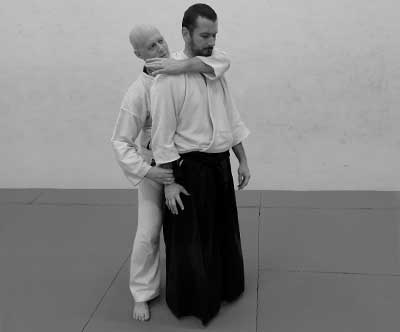 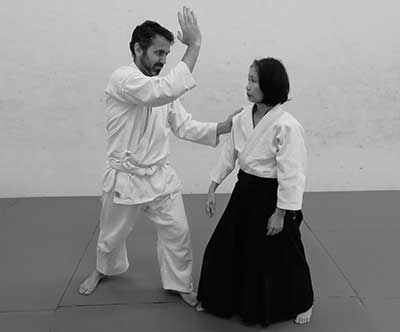 shoulder held with strike to the head †

Attacks marked † can only be performed effectively in gyaku-hanmi form (that is, the same hand grabbing — or, for yokomen-uchi, striking — the “outside” side), which is why we don’t include that term in their names.